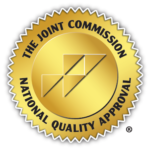 KANSAS CITY, KS (KCTV) — In the opinion of one local doctor, there is a crisis in American health care and it has nothing to do with the current pandemic.

Dr. Brad Appl runs his office the old-fashioned way. What does that mean? “We know our patients,” he said. “They’re all like family to us.”

From the old-fashioned filing system to the extensive one-on-one face time with the doctor, this is not your normal medical practice.

However, it’s not an accident. “This place has become a country practice in the middle of an urban area,” he said.

That’s befitting of a man born, raised and educated out in western Kansas. “My mother was a nurse and my dad was a farmer,” he told KCTV5 news. “I knew from the time I was probably 5 or 6 that I thought I wanted to be a doctor, probably based on the old country doctor in our hometown.”

Perhaps that explains why Dr. Appl is unlike just about any other doctor in the Kansas City area. Name another physician that still makes house calls…

“He’s my hero,” said Dorothy Walker. The retired railroad employee is homebound after a serious fall and she counts on her visits from Dr. Appl. “He does it for all his patients,” Dorothy told KCTV5. “He has that hands-on care.”

House calls end up costing doctors time and money, but this doctor said that doesn’t matter. “I feel like they need to be seen and looked at,” the KU Medical School grad said, “but there’s no rational way they can get a ride or get to the office.” So, he gets in his car and takes this medical expertise to them.

His clinic’s slogan is “Putting Patients First” and he actually means it. But, it’s getting harder and harder to do. “I love the people,” he said, “but the system I don’t like at all.” That system is driving him, and a lot of other primary care physicians, out of the business. “It’s ran by the insurance companies and the federal government,” he said. “I always viewed that I worked for the patient. I don’t work for any of these guys.”

The doctor said that doing the right thing is becoming more difficult every day. “It’s very easy to sit somewhere a thousand miles away behind a desk and say, ‘We think this is a good idea,’ and never see the pain and suffering we see day to day,” he said. “I think they need to come in and see what we’re actually dealing with.”

After 30-plus years in the business, Dr. Appl no longer wants to be part of a medical system that he says is not meeting the needs of its patients. “We have people making decisions,” he points out. “They say ‘This sounds like a good idea,’ but they didn’t think of the 200 things that make that not a very good idea.”

Physicians will tell you that his business model won’t work and that it eats up too much valuable time. However, while he’ll no longer own the practice, Dorothy Walker and his other patients should not worry. He’ll continue to take care of his patients the “old-fashioned way,” which means that he’ll continue to get in his car and make house calls.

He’s a throwback to a simpler – and some would say better — time.